I used a small recipe of cornbread and filled my cast iron skillet about 3/4 of the way full and then baked at 400 degrees for about 15-16 minutes. Watch for the light browning before removing the pan from the oven. I cut it in half as shown which is a generous portion for 2 people to enjoy home baked cornbread. 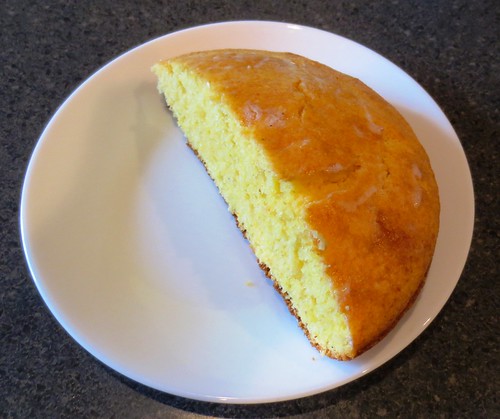