After a recent potluck at work, there was a leftover ham bone with lots of meat on it. I asked and no one seemed to want it so I cut off the leftover ham from the bone. The result was about 2 cups of cut up ham perfect for making split pea ham soup. Here is just half of the ham I saved from the potluck 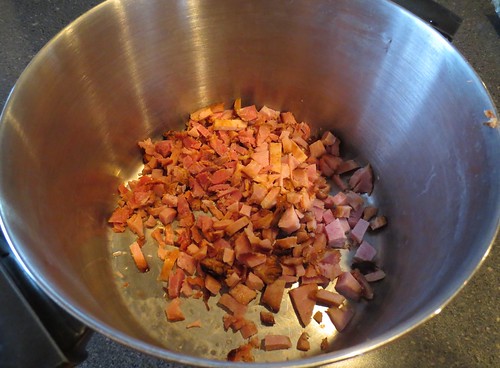 My homemade split pea ham soup recipe is very basic and easy. Here is my recipe.

Bring to light boil and then cook for 2-3+ hours on low-medium heat. I actually put the covered pot on top of my woodstove to let it sim for hours before I served it. My recipe makes about 4+ large bowls of finished soup.

Soup just starting with all the ingredients added. 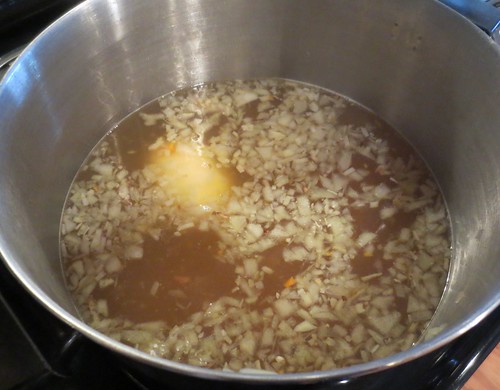 Soup cooking and you can see my potato got so tender that it split in half. 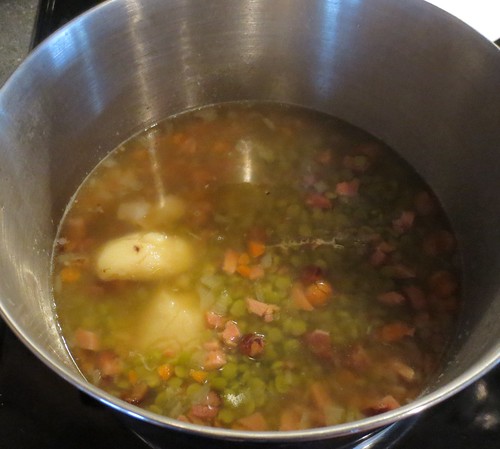 After several hours of cooking the potato just falls apart. I mash the potato with a big spoon and stir it well. It makes a hearty and very tasty soup with the potato added. 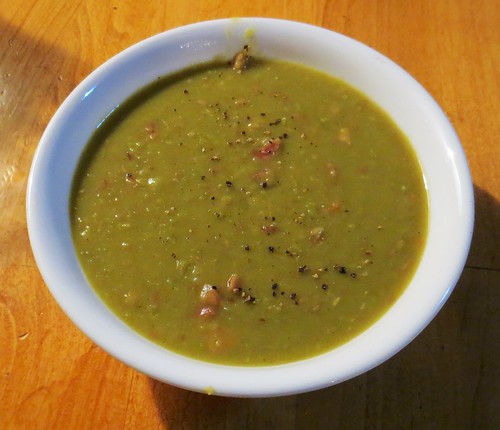