Below is an old vintage movie poster from 1962.
The theater featured that June, several classic movies including Cimarron, Ben-Hur, Gone with the Wind, and Voyage to the Bottom of the Sea. 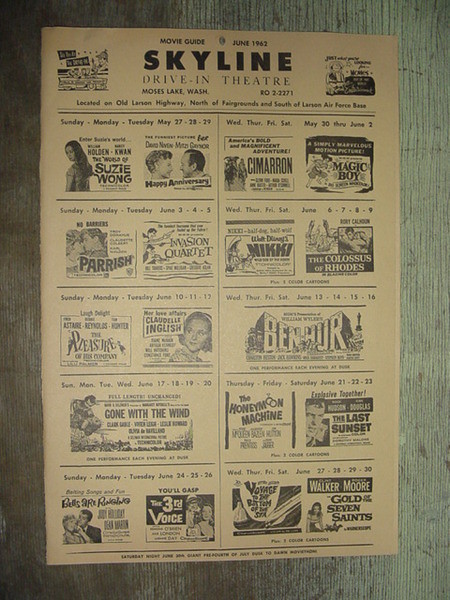 Here is another later photo of the Skyline Drive-in sign taken around 1999. 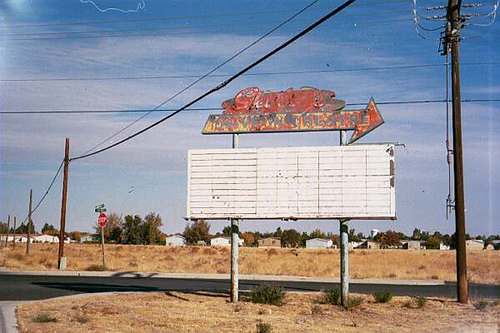 The drive-in closed around 1984 and was torn down possibly in early 1990. There is now a mini storage business located on the property. The old Skyline Drive-in in Moses Lake may be gone but it is not forgotten in memories of many of us who had the pleasure of catching a movie or just hanging out in a car full of friends on a summer evening.

If you have a memory or comment about the old Skyline Drive-in, I’d love to hear from you. Please comment or send a photo if you have one to share.