I purchased a package of Bleeding Hearts from a fundraiser project for our local schools. The package contained two bush starts. The starts were pretty small and needed some TLC before planting them in the yard. Here is a photo of the package. 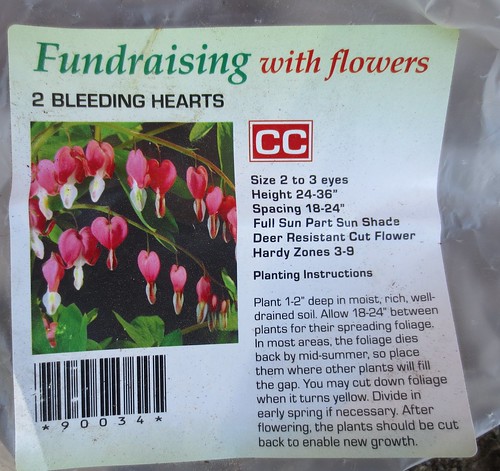 I planted the whole thing into a clay pot with some enriched potting soil. I watered it well and hoped for the best as the starters hardly looked alive. But after a week, it really perked up and here is a photo after a few weeks. 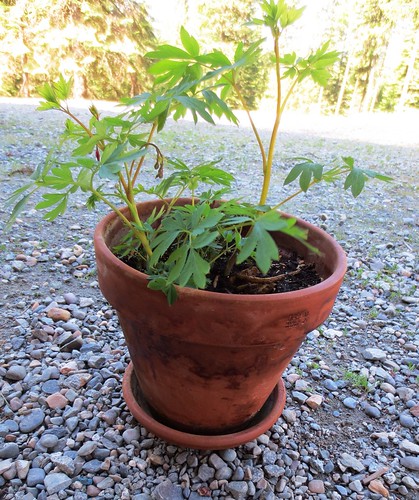 As we live in the woods, deer and other critters love to eat our plants and bushes. Bleeding Hearts are supposed to be deer resistant which is one of the main reasons I purchased this package. So after a few weeks, I was able to replant both plants into the ground. 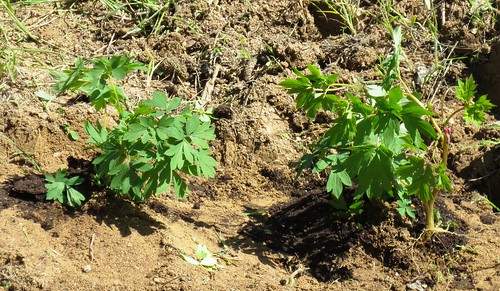 So far so good as the Bleeding Hearts bloomed and the deer apparently didn’t bother them. The flowers were small but I understand the plant is perennial so I look forward to it coming back and blooming again even better next year.